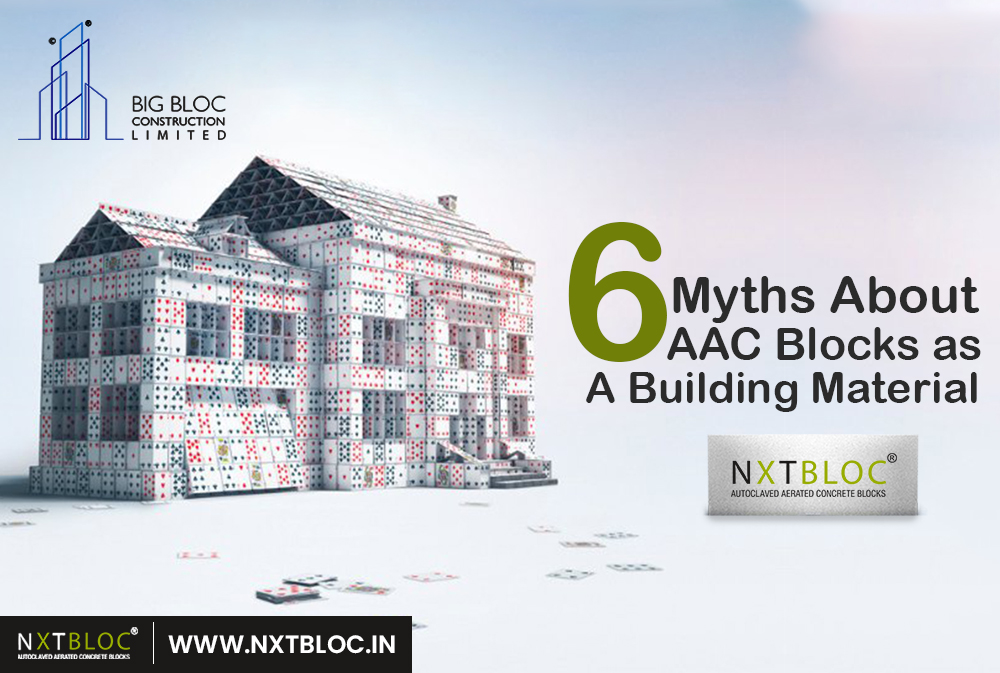 Autoclaved aerated concrete blocks, or AAC blocs, are a relatively new building material. This means that many people are unfamiliar with them and have misconceptions about them—and this is especially true for builders.

Do you know how to distinguish between true and false statements about aerated concrete?

Let’s see if we can figure out which common claims about autoclaved aerated concrete are unfounded and caused by insufficient customer information or non-compliance with the technology of constructing houses from AAC blocks.

Myth 1:  The presence of aluminium in AAC blocks is harmful to health.

Myth 2: AAC Blocks are a fragile material that contains cracks.

“Fragility” is a term that is not used in the construction industry. The origin of this myth is not hard to understand. A lot of customers turned to unscrupulous builders and faced damage and cracks during the transportation of AAC blocks, or in their walls. But in most cases, such problems are associated with not following instructions on how to use aerated concrete.

Myth 3:  Paving AAC blocks with adhesives are expensive and thus not profitable.

This statement is refuted by a number of simple calculations.

Myth 4: When AAC Blocks are exposed to water, it rapidly loses their durability.

The cause of this myth is also a consequence of errors made during the construction.

The thickness of the walls of a house built with or without insulation will vary depending on the building material. For example, insulated frame houses have walls 15 centimetres thick, while reinforced concrete homes have walls several meters thick.

For example, to properly insulate a brick house with a width of 1.5 bricks (38 cm), you would need to use a 15-cm layer of thermal insulation.

When aerated concrete is used to build walls, the thickness of the wall and the need for a heater are determined by a heat engineering calculation.

In colder regions, the minimum thickness of a concrete-block wall without insulation is 35 cm; however, such a wall can be made warmer by using blocks with a width of 20-25 cm and an insulating layer of 10-15 cm.

NXTBloc is one of India’s leading AAC block suppliers, manufacturers and exporters.  We are pleased to introduce ourselves to your esteemed organization, which uses Autoclaved Aerated concrete blocks for construction projects and would like to explore the possibility of purchasing our exclusive range of AAC Blocks.